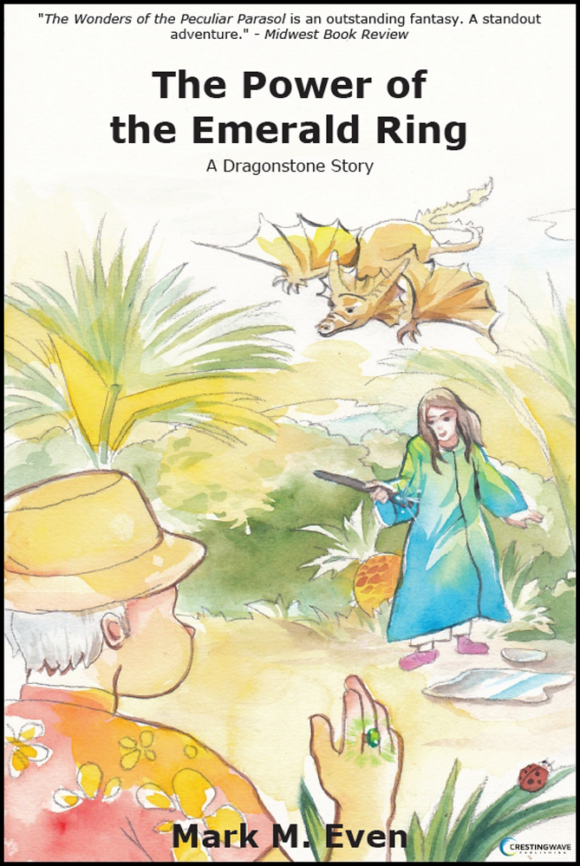 The Power of the Emerald Ring: A Dragonstone Story – Book II

Follow Mandy Mandez and her extended family as they embrace their new-found magical powers! While their wizard mentor, J.T., helps the young witches discover and hone their unique skills, the family dives into a crisis and saves a group of firemen trapped in an inferno! Then as they debate when and how to use their powers to “help the world” the family finds an ally inside the F.B.I. and begin to leverage their magic to fight crime. That is until, unknowingly, they encounter a wizard whose own magical force is committed to pure evil! He battles the family in support of his unquenchable thirst for power and money. When Mandy is taken prisoner by this evil wizard, she has to try and withstand his power or succumb to the temptation of becoming even more powerful as a dark wizard herself. Witches. Wizards. A dragon! And a whole world in danger! “The Power of the Emerald Ring” is the second book in the Dragonstone Story series by multi-award-winning author, Mark Even. The first book, “The Wonders of the Peculiar Parasol” was released in 2019 and has earned multiple awards and great reviews. Go to www.dragonstonestories.com for more information.

Authors & their work are at the center of everything we do.

Get the Latest Scoop from Cresting Wave Publishing

We promise we won’t blow up your inbox. And you can unsubscribe at any time.