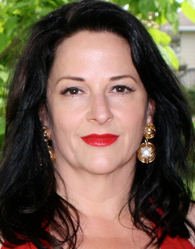 Rachel Nee Hall is producing a new show for Discovery + network with a star of the ABC sitcom Black-ish, Marsai Martin.

She is a veteran Director and Producer.  As a member of the Directors Guild of America for nearly 20 years, she has directed and produced countless television shows, including Dr. Phil, Entertainment Tonight, The New Ricki Lake Show, The Doctors, and Iyanla; Fix My Life for The Oprah Winfrey Network.  Rachel also spent years in front of the camera honing her writing and producing skills as a news anchor, reporter, and producer for CBS-owned and operated news stations across the country.

In addition, she serves as Director of Media for Win This Fight, an anti-human-trafficking non-profit founded by philanthropist Mitzi Perdue.   In 2016, Rachel produced, directed, and shot a full-length documentary on child trafficking in Nigeria.  The Boy They Called Bizarre was an official selection of the Faith and Family International Film Festival.  Before that, she produced and shot an award-winning documentary short, The Final Cut, filmed in Senegal on abolishing female genital cutting.

Rachel is co-founder and Executive Producer of Silky Pants Productions, Inc.®, a full-service media production company. During her tenure, Rachel has had the honor of working with hundreds of celebrities, including Oscar winners; Charlton Heston, Oprah Winfrey, the late Cicely Tyson, and Paul McCartney, as well as revered directors; Tyler Perry and the late John Singleton.

The Time Out series is Rachel’s first foray into writing children’s books.  Still, as a mother of 2 grown children, she considers herself an aficionado after logging countless hours reading them aloud and discovering what best engages young listeners so that they can be entertained and educated.