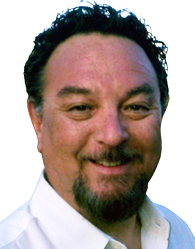 Raised in Central California, John (starting at age 2!) and his family made annual “pilgrimages” to Disneyland for family vacations. John’s Disneyland focus continued even after moving to Southern California in his 30s to work for The Walt Disney Company as Director of Affiliate Relations at Buena Vista Television, the then syndicated arm of Walt Disney Studios.

In addition to John’s duties working with television station affiliates of Buena Vista shows, he worked in direct contact with virtually every division of The Walt Disney Company.  During this time, he shared projects with the Theme Park, Publishing, Interactive, Home Video, and Disney Stores divisions to promote ongoing television projects culminating with the 1990s hit animated programming block “The Disney Afternoon.”

After leaving Disney to start his own promotional marketing company, John continued to work with The Walt Disney Company in the production of promotions for Disney film premieres, Home Video launches, and Disneyland projects.

Today John continues to live in Southern California and is more than a casual observer of Disney as a committed fan of the entertainment and media giant.  He owns the online audio content firm BBR Productions, Inc. and is a pioneer in online radio. John also owns Mouthful Media digital marketing and Logo Cleanup Graphics.

John hosts his own radio show weekday mornings on BossBossRadio.com and is co-host of the daily podcast “The Who Cares News.” And, of course, he is an Annual Passholder to his beloved Disneyland and tries to visit the resort at least once per month.