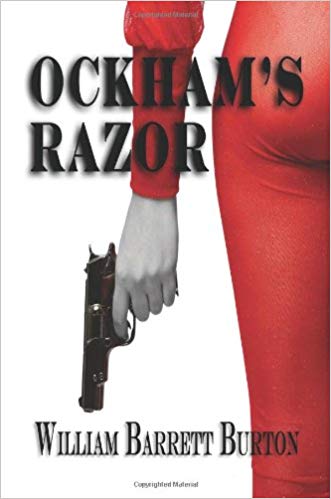 Dagney Hamilton, a pharmaceutical scientist, leads a team of researchers working to create a promising new drug therapy to stem the mounting tide of obesity. When her employer, in a sudden and unexplained announcement, cancels the project, she suspects foul play and finds herself swept up in a tornado of powerful, unseen forces. A rash of mysterious, but seemingly unrelated, deaths of those associated with the project soon follows. She unravels the mystery, discovering that a beneficial side effect of the drug threatens the profits and political interests of the multi-billion dollar fast food industry including its powerful agribusiness supply chain. With billions of dollars and a presidential re-election at stake, big business, big politics, and big money will stop at nothing—including murder—to protect their interests.

As a decorated police detective in a prior career, Dagney cannot be bribed, threatened or intimidated into silence or submission. Now, she must face her fears and her past as she gathers the courage to confront the people who want her dead.

Dagney and her wisecracking detective buddy, Mark Stone, join forces with attorney Marcia Rothstein in a campaign against greed, corruption, and illicit influence. Together they must solve the mystery of why curing obesity and saving millions of lives from conditions like heart disease, stroke and diabetes is not an admirable accomplishment and might even get one killed. Dagney must use all of her wits and courage to stay alive, find the answers, bring those who would suppress the story to justice, and ultimately find a way to unleash the lifesaving benefits of Epiproxen.

Ockham’s Razor takes the reader on a rapid fire, page-turning journey through both the science and politics of a new drug therapy as well as the dark under belly of Wall Street avarice.

There are no reviews yet.

Be the first to review “Ockham’s Razor” Cancel reply